FreshAsFrankie.com 10 Favorite Hip-Hop Producers of All-Time (Til Now…)
I know there will be a number of people reading this post & I’m sure a large amount of them will have serious disagreements with this Top 10 list as always. The most beautiful thing in the world is that it’s
FreshAsFrankie.com 10 Favorite Producers I can List myself if I wanted. This list isn’t based off the popularity, record sales, or any other reason except for the fact that the Producers on this list have either influenced me in a great way or because they’re music was the soundtrack that marked memorable moments in my life. All the producers here are listed based on FreshAsFrankie.com opinion. So, no more waiting here you go in no particular order

Mannie Fresh-Is there even any debating his position on this list?  He is best known for his work with Cash Money Records from 1993 to 2005 and one half of the hip-hop duo Big Tymers. Mannie Fresh is currently signed to both Def Jam South and his own division company, Chubby Boy Records. Mannie Fresh made chart-topping albums for the Hot Boys, which was composed of Lil Wayne, B.G., Juvenile, and Turk, producing all of the group’s singles. He also produced all tracks on the members’ solo works as well. Later, Thomas formed the Big Tymers along with Williams, as Mannie Fresh and Birdman respectively, and released five albums.
In 2004, he released his own debut solo album The Mind of Mannie Fresh, which consisted of 30 tracks and featured the single “Real Big,” which peaked at #72 on the Billboard Hot 100.
In 2005, he split from Cash Money for financial reasons, and later joined Def Jam South, to which he is currently signed. On October 27, 2009, Mannie Fresh released his second solo album, Return of the Ballin'. The album was entirely produced by Fresh himself and featured prominent guests Rick Ross and Lil Jon. 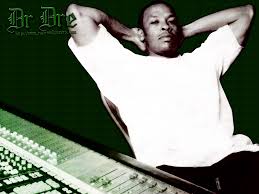 Dr. Dre – This goes without saying. I could but Dre on here & really not have to explain myself but, what would be the point of this post. Dre is undoubtedly a legend. His g-funk style inspired by George Clinton & the Parliament Funkadelic became the iconic West Coast sound. So much in fact that if your beats don’t sound somewhat similar to Dre’s you might not even be able to be considered a West Coast producer. Besides crafting classics for NWA, Snoop, Tupac, Eminem & others, his own albums are considered hip-hop classics.

DJ Quik, With out a doubt had to make the list. He is an American MC and record producer.According to Quik himself, his stage name reflects his ability to produce records in short time. He was chiefly inspired by funk and soul artists, such as Roger Troutman (who even taught him the use of the talkbox, which became a trademark for Quik's sound throughout his career) and George Clinton. Out of respect for his beloved friend, Roger Troutman, he retired the talkbox. Associated acts Young Jeezy, AMG, The Fixxers, 2nd II None, Danny Boy, Suga Free, 2Pac, Eazy-E, Kurupt, QDT, Twiztid, Snoop Dogg, Dr. Dre, Teddy Riley, Nate Dogg, Bizzy Bone, Hi-C, Mausberg. 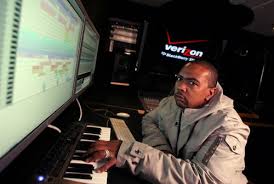 Timbaland – Timbaland should undoubtedly be on anyone’s Top 10 List. He helped sculpt the sound of the mid-late 90′s with artists such as Missy Elliot, Ginuwine, Statik Major, & of course the incredible Aaliyah. Timbo was one of the 1st producers who made me even conscious of the people behind the beats. Timbaland has managed to remain relevant with artists like Justin Timberlake, Nelly Furtado, among others.

Havoc of Mobb Deep – Hav is easily one of the most underrated beatmakers in the game. Mobb Deep is largely responsible for the reemergence of the New York Hip-Hop & especially East Coast hardcore rap. His instrumentals were dark, grimey, sinister & truly captured the essence & mentality of New York during that era. His style is been copied & mimicked countless times & is one of the templates of the East Coast sound. 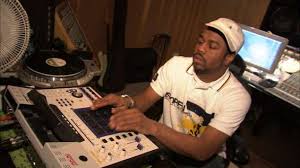 Just Blaze – I ain’t gotta say too much about Just Blaze, yo. His sound was synonymous with The Roc & the dynasty that ran the early to mid 00′s. Just Blaze succeeds in making gigantic, epic, stadium-esque beats. His production on the Roc La Familia & Blueprint albums solidified him as one of my staple favorite.

Kanye West – Kanye west is the reason a lot of cats started making soul beats & even got into production. Kanye managed to master genuine underground hip-hop & make it marketable & acceptable to the masses. His work on the Roc La Familia album & his classic singles from Blueprint got his foot in the door but, once he released his debut College Dropout he was solidified as one of hip-hop’s next superstars. Needless to say, he’s still living up to that.

The Neptunes – Pharrell Williams & Chad Hugo have been 2 of the biggest influences in music for the better half of 2 decades. I first remember seeing them in Noreaga\'s \"Superthug\" Video. They managed to make hit singles for the grimiest of street cats & even make chart toppers for squeaky clean pop stars. Besides their work as The Neptunes, they also made classic albums as N*E*R*D. They’re music was literally the soundtrack to my childhood. Not many people understood me being a Black skateboarder as a kid…Except for maybe Pharrell & a few of the other cats he inspired to be themselves & define their own versions of cool. 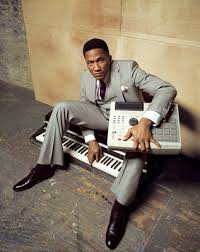 Q-Tip – Q-Tip was the man behind the production of most of the Tribe Called Quest albums. His production was the backdrop to the whole conscious, backpack, Afrocentric hip-hop movement of the early-mid 90′s. Along with the rest of the members of the Native Tongues such as De La Soul, Leaders of the New School & others, they helped to ignite a movement which is represented amongst me & my friends to this very day. Props due to the homie Kamaal the Abstract aka Q-Tip. 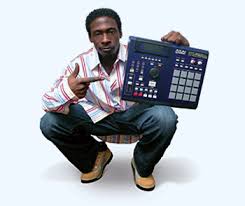 Pete Rock – Pete Rock is like one of the Gods, if not the God of boom-bap, soulful hip-hop production. He’s inspired countless cats from Kanye, Madlib, Q-Tip & another incredible producer who’s on this list.
FreshAsFrankie.com 10 Favorite Producers I hope you enjoyed.