RapHead.com - So the Love & Hip Hop Reunion aired last night and we def. got a dose of good entertainment. Miss Mona hosted the show (as opposed to John Salley or someone out the blue) and tried to keep the show on track as much as possible. FunkMaster Flex was even in the building on the 1's and 2's. That was a surprise for me that he would agree to get in on the action, but hey...why not?!?!
One of the moments of the night was captured when Funk Flex asked the question,
"Who is Shenellica Bettencourt?" 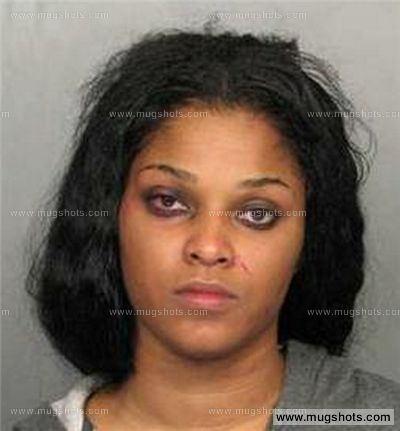 Funk Flex busted out a pic of Shenellica Bettencourt AKA Joseline Hernandez! On February 4, 2003, Shenellica was arrested for lewd and lascivious behavior, commonly known as "prostitution" in Miami. Damn Stevie J. snatched ole girl up out the strip club and the damn "strip". SMH. She def. admitted to only wanted his "D" and his money!!

Well Joseline def. tried to steal the show from the very beginning during the introductions she stated she had a mask on for all the HATERS, and stood up, did a spin and said "This is for all you guys, you can have all of this" (or something like that along the lines of jibberish).

We can't talk about Joseline without addressing her partner in crime, Steive J. The kid Stevie came through in his shades and swagged up in what looked to be a Pink & Black get up. He was obviously asked all the tough questions about cheating, the pregnancy, and having 2 BAD B*TCHES AT THE SAME DAMN TIME, AT THE SAME DAMN TIME!!!  He handled the questions well and def. kept everything trill. He admitted that he felt that Joselines baby was his and that he has no plans on ever leaving MiMi alone, but he is not the marrying type (gotta respect his honesty).

Now the real part that I was excited to see was K.Michelle and Rasheeda "Fight". Yea I quote "Fight" a few blogs like MediaTakeOut.com was publishing articles stating that K.Michelle knocked Rasheeda out and she had to be carried off on stretcher?!?! Well I def. wanted to see how this all got edited down. Well to say the least all Rasheeda did was jump off the couch only to be stopped midway by security before reaching K.Michelle. Surprisingly K.Michelle just sat peacefully on the couch and did not seem phased at all. Rasheeda was escorted off the set and that was that. I didn't see a knock out, let alone one punch thrown?!?!

At the end of the day, K.Michelle and Rasheeda were beefing on the set because Rasheeda is like, "We don't believe you!". She doesn't believe that her ex dude Memphitz beat her into a pulp and ruined her life. Honestly I think he might of beat her down one real bad time and left her alone. She obviously has been affected by it and still struggles with it.

K.Michelle had me rolling though hahahha...She went in on Karlie Redd by saying that she is so old that she marched with Martin Luther King...She was wrinkles in her neck...She has a Rib in her "P" (no meat)...She looks like Michael Jackson in THRILLER! yoooooo she a fool.

FOR THE RECORD: KARLIE REDD WAS NEVER SIGNED TO CASH MONEY RECORDS!!!! Her managers are VP's at Cash Money and probably get some "P.Payments" with promises of signing a Big Deal one day. SMH.
Part 2 of the reunion looks interesting...Scrappy looked as if he was pulling out a ring to propose to his BM!!! Should get interesting though I'm def. gonna keep it locked next Monday. We still gotta hear from Kirk, Buckey, Benzino, and others...Stay Tuned!!!