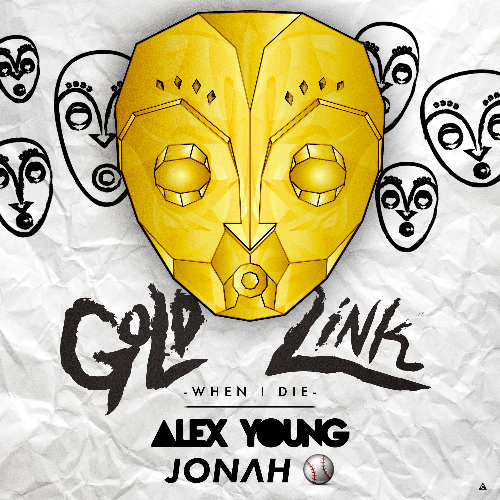 Born in D.C., raised in Maryland and now living in VA, rapper GoldLink entered the hip-hop climate last year awarding us a handful of experimental tracks that left most of us somewhere between outer space and Ginuwine. GoldLink calls this “Futuristic Ass Bounce” or “Future Bounce” for the more conservative among us, although ‘conservative’ isn’t quite in his vocabulary.
When asked about his style, GoldLink had this to say: “I think it’s compared to like the Beach Boys mixed with R. Kelly from The Chocolate Factory album mixed with Beethoven Symphony shit mixed with Ke$ha meets Kim, the R&B singer.”
Whether that’s a lofty insight or a comical retort, one thing is for certain: GoldLink isn’t of the norm.
Loyal to this progressive stance, GoldLink first stoked us with his convulsive remix of Ta-Ku’s “Electronic Relaxation” that first demonstrated his impressive dexterity. While the volatile flow that he possesses can easily box in a weaker rapper, GoldLink’s art shines in the ability to dance between topics, beats and tempos.
Tracks like the Galimatias & Joppe produced “One Step Back” sit – at first glance – uncomfortably alongside other pieces such as the TLC-sampling “Creep,” but that’s where the beauty resides. This type of juxtaposition creates an excitement in the unknowing. Gold is a very creative young artist, one of the few I actually approve of.  Lets support creativity instead of copycats!