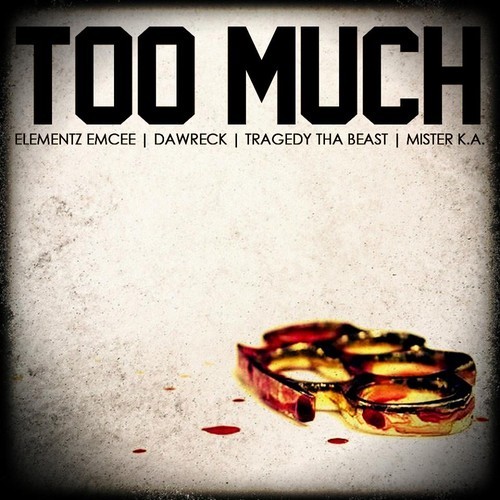 Pure success for Emcees in today's music scene should require talent, ambition, passion and a good work ethic. Something that Chicago, IL native Elementz Emcee embodies as a hip hop artist. Influences from legendary Emcees such as Rakim, Nas, Eminem, Jay-Z, Kurupt, GZA/Genius and Common have greatly contributed to the upstart of an artist that respects dope lyrics, banging beats and overall great music that calls for longevity.
Writing his first song at the age of 11, the story behind his rap moniker didn't evolve until his freshman year attending Southern Illinois University at Carbondale. "One of the guys that hosted an open mic on campus gave me the name Elementz because I switched my style up every other rhyme", he says. "I learned from the best in the game. From Rakim to Nas, Big Daddy Kane to Jay-Z, Kool G Rap to Wu-Tang, I paid attention to the importance of flow and wordplay. These were some of artists that influenced me to be different in the way that I wrote raps and really inspired me to be the best at what I do."
A year later, he returned home to Chicago to pursue his college degree at Columbia College Chicago with a concentration in Music Business. While attending Columbia, he would soon meet future collaborators and members of a crew he created named RedLineConnexion -- artists who represented the entire city of Chicago connected through the Red Line train system that connects to all parts of the city in some way.
After completing his Bachelor's degree in 2010, Elementz turned his focus to starting his own music project and is currently in the final stages of completing his debut album entitled Open Bar. With a strong production team from Nascent & QB, Trox, Wes P., ILL Brown, 42 Keez, Trumaine Beats, Greystorm and guest features from Scheme, Dawreck of Triple Darkness, Tragedy Tha Beast, DOC and a host of others, Elementz aims to generate a heavy buzz in today's rap world for a long time.
Posted by UnsungHipHop