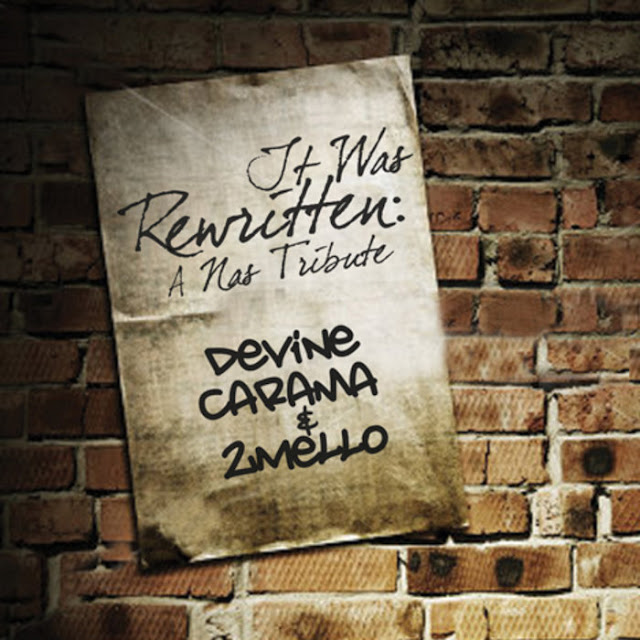 Devine Carama is a underground HipHop artist from Lexington, KY, this is his Nas tribute projected entitled "It Was Rewritten: A Nas Tribute".  Devine has worked with tons of heavy hitters like Thee Tom Hardy, Vito Banga of Nappy Roots, 88 Key's signed Nemo Achida, legendary battle Emcee Canibus, & Underground HipHop group CunningLynguists.
"We really wanted to go for an early-mid 90's feels on this one. The mixtape was inspired by a mid 90's LP so we felt it was only right to have that essence.. Also, so much of just one type of theme is going on right now in hip hop.. Everything is big, expensive, negative, degrading, numb...... We just wanted to throw something out there that the opposite to a lot that's going on right now. Do our part in balancing things out. " - Devine Carama