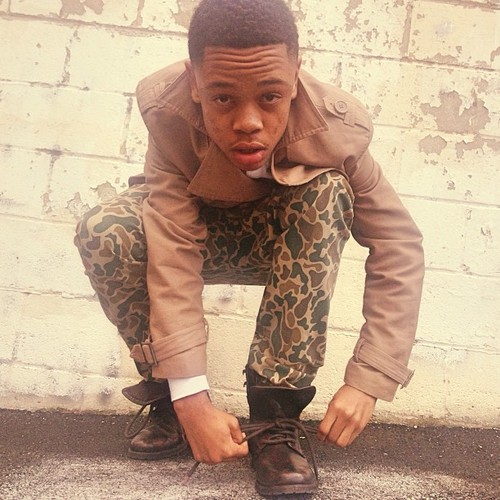 TwoineyLo is a 16 Year old Lyrical Artist from Baltimore City that is working non stop to be the best & accomplish his dream. In a recent interview, TwoineyLo stated "To me, Rap is more than music. I believe that Rap is an art but most artist do not paint vivid pictures for their audience to visualize as they listen" .TwoineyLo is one of the founders of "Nothing Without Motivation" (NWM) which is a successful, positive brotherhood and movement ."its a way of life" He mentions. "Our purpose is to prove to society that not all black males have to be statistics, instead, we want them to see that we too can engage in positive activity through creativity and expression." He added.
"X Marks The Spot (Prod. Ta-Ku)" In the song he explains how he has progressed overtime and at the end of the song he also pays homage with a special dedication to Malcolm X by putting his famous "Plymouth Rock Speech" at the end of the song. "I want everyone to know that hard work & progression are the keys to success!"