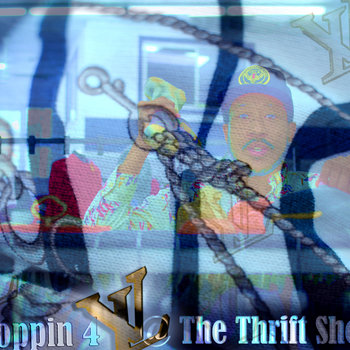 As part of R.A.R.E. Nation's continuing effort to change the way music is received, digested and appreciated by fans, Palermo Stone has shifted his release method away from single-song releases and will now be only delivering mini EPs.  The fans deserve more than one song every few months.  For their support, they deserve timeless music, delivered routinely in between his full-length releases.  Shopping for Louie at the Thrift Shop is a 6-track collection of original, unreleased music.  Palermo Stone touches on topics of love, pain, fear, hope, and other human emotions to connect with his listeners.

Palermo Stone is an extremely diverse artist who prides himself on creating music with a powerful message. His style focuses on bringing the musical and artistic aspect back to hip hop, including using a live band in his performances. His third album, R.A.R.E. [Deluxe], was released in March 2013 and was well-received nationally, resulting in coverage from numerous publications around the country.  Palermo Stone is preparing his next release, the final installment of his collaboration series with JKJ, Hey Young World 3, for release in December 2013, followed closely by his fourth solo studio album.