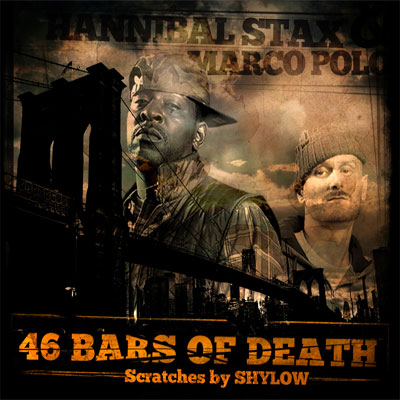 Gang Starr Foundation member and rhymeslayer Hanibal Stax along with Brooklyn’s leading boom-bap purveyor Marco Polo teamed up for this project Seize The Day a few years ago (the duo’s mixtape/precursor, The Honorable) which dropped on Soulspazm Records.

Originally discovered by DJ Premier, Stax has been a staple on NYC’s underground scene for years and was featured on two Gang Starr LP’s and numerous tracks that were lost in major label recording vaults. Although Stax is undeniably a veteran, Seize The Day represents his long-overdue solo debut.