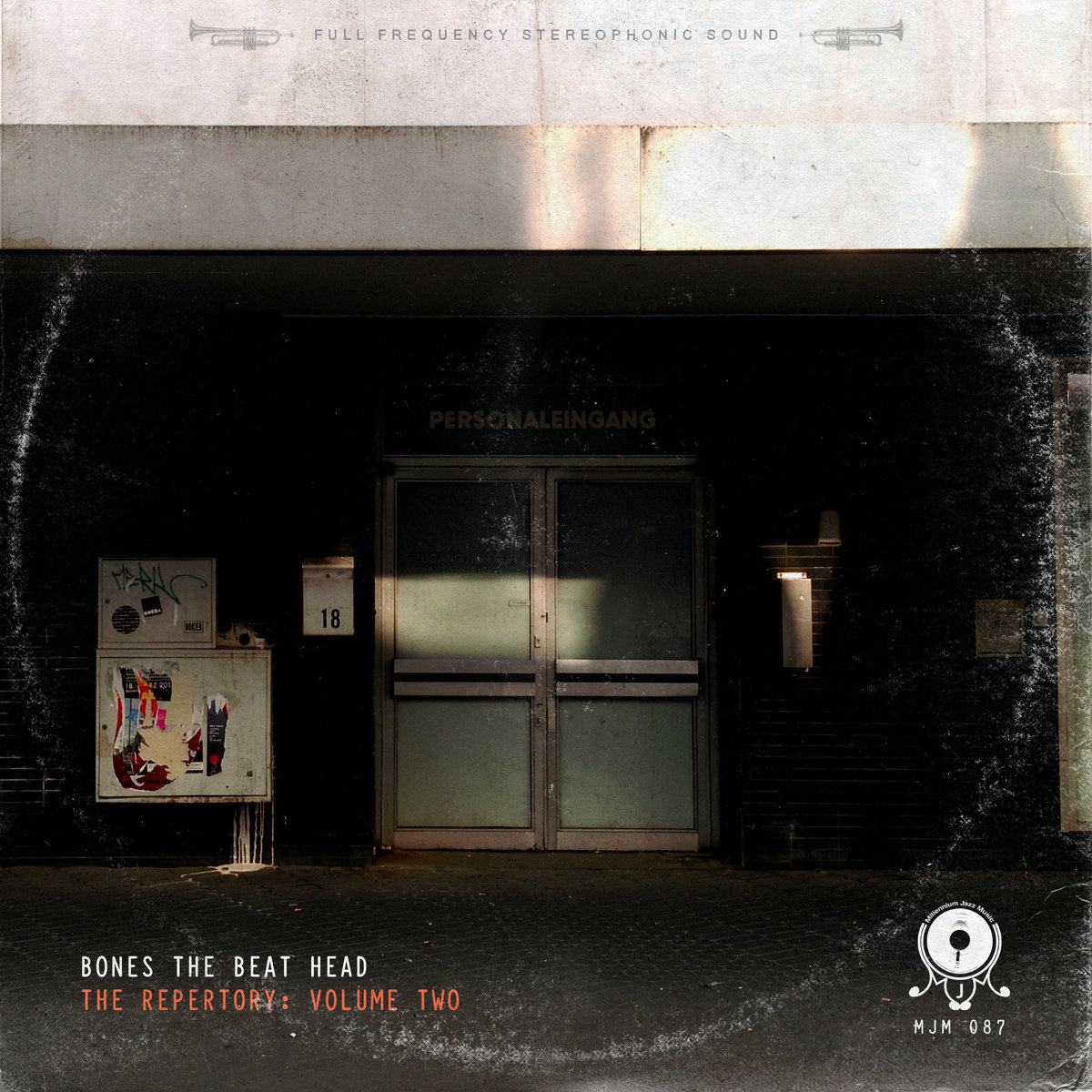 This is the follow-up release to Bones The Beat Head’s debut instrumental album"The Repertory - Volume One", which was released back in August 2012 with support from both Millennium Jazz Music and Dusted Wax Kingdom.

This second volume is held in the same tradition as the previous volume and once again showcases a good half an hours worth of sample-based, Jazz-flavoured instrumental HipHop.