Phantasm (of Cella Dwellas) "Louder Than Ever" (Ft. Soulbrotha) - {Video" 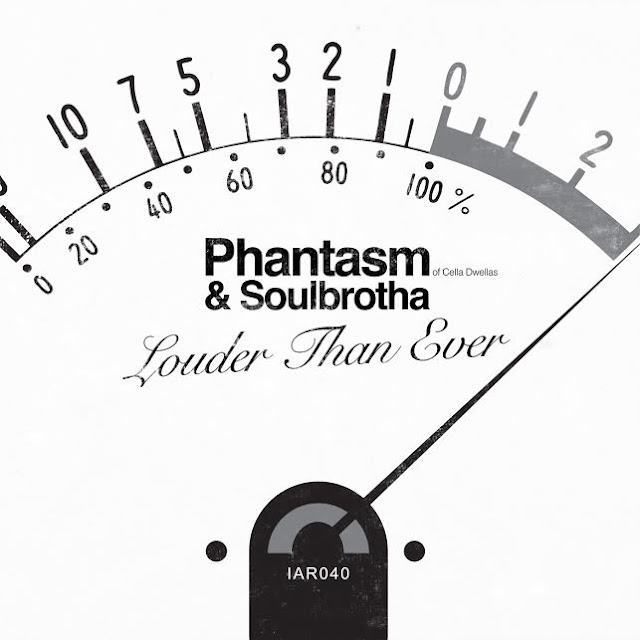 Some Emcees have preserved the gift of quality over time and Phantasm is one of these artist. In the 90's and early 2000 Phantasm and then partner UG were signed to almighty Loud Records as Cella Dwellas (later just The Dwellas) along with several heavyweight acts on the label's roster including Wu-Tang Clan, Big Pun, Xzibit, M.O.P, and Mobb Deep. Phantasm & UG's debut album "Realms 'N Reality" (1996) debuted at #160 on the Billboard 200 charts and was mainly produced by underground mainstay beatsmith Nick Wiz. The Flatbush duo was also featured on felhe Dwellas followed up with a dope second album ("The Last Shall Blow Brooklyn artist Masta Ace's classic album "Sittin' On Chrome". Te First") in 2000 which featured Large Professor, Cocoa Brovaz, Organized Konfusion, Inspectah Deck (of Wu-Tang Clan), and many more.
Phantasm recently teamed up with Ill Adrenaline Records to release a timeless single ("Louder Than Ever") produced by Germany's own SP1200 maestros 12 Finger Dan and B-Base (aka Soulbrotha). Complete with a true school feel and a dope scratch hook, Phan executes with a sharp delivery with lines like "...had to pen them bars, got out the street life had to mend them scars. Praise God or Allah whoever sent us Nas." Tall Man Phan is back to basics on his latest release.